This is certainly not the biggest or most impressive of the old country houses in Herefordshire, but it does have a certain charm. Dating from the early 19th century, and lying a few miles south of Ross on Wye, it had a succession of owners until the present day where it has gone the way of many other such houses, and is now a hotel.

Originally, Glewstone Court was known as Glewstone House and in 1830 the owner at the time was preparing to leave the neighbourhood, and put all of his furniture and goods up for sale. Rugs, carpets and curtains were in the auction too, along with feather and straw mattresses and all manner of dairy equipment as well as cutlery and china……….in fact it really did seem to be ALL his possessions apart from his clothes. I have searched and searched but so far his name has eluded me – I could of course resort to Wikipedia but I don’t trust what is written in there one iota.

Still known as Glewstone House, and pre the addition of the two wings which turned it into a slighter grander affair.
The household consisted of William Street, a farmer born 1815 and his wife Mary Elizabeth born 1822, plus their one year old son John. There were four other residents but it is unclear whether they were workers, servants or visitors.
Ann Symon aged 20
Charles Symon aged 17
Thomas Symon aged 15
Hannah Willes aged 15
1856
Johnstone Browne in residence – he was Chairman of the London Society for Converting Jews

One of the long term owners of Glewstone Court was Basil Jackson; born in 1795 in Glasgow he became a lieutenant in the army in 1813 and served during the battle of Waterloo, as well as in Canada. He became Lieutenant Colonel in 1840, before retiring to live in Herefordshire.

By 1881, Basil’s wife had died and he had left Glewstone Court to live at nearby Hillsborough. He died in 1889 and left nearly £30,000 in his will – a massive amount for those days.

Charles Henry Harrison and his wife Sara Maria Ballinger moved into Glewstone Court, but at the time of the 1881 census they were visiting in London and they didn’t stay at Glewstone for long. He was born in India in 1836 and fought in the Indian Army attaining the rank of Lt. Colonel. Sara was born in Devon in 1841.

The next resident was Charles Lee Campbell, a wealthy farmer who was born in Liverpool in 1833

Charles had an impressive stock of sheep and cattle, but life was not without its problems and in 1893 he had a serious outbreak of Anthrax , which necessitated burning the affected carcasses and leaving the pasture ungrazed for a month. Hmm, not sure that alone would eradicate the disease! Maybe the area was also treated with lime or similar, because there were no reports of further cases.
The sheep too were not always as healthy as they could be, and in 1896 Charles was fined heavily for sending animals infected with sheep scab to Hereford market. He defended himself by saying that he thought they just had ticks! Still, his breeding programme was good and he regularly won at local shows and at those further afield – at Monmouth for example out of six classes, he won five firsts and one second. He also bred very successful hunters and won many prizes with his youngsters.
Charles Campbell took pride in the grounds too, and employed a superb head gardener Mr. S.T Wright FRHS, who was a leading authority on fruit trees. However, in 1895 Mr. Wright accepted a position as Manager of the Royal Horticultural Gardens at Chiswick, and his place at Glewstone was taken by Mr. A Bayford who had been learning his trade at nearby Madresfield Court. Clearly the orchards didn’t suffer under the new head gardener, because Charles Campbell’s prize winning fruit orchards went from strength to strength, and were renowned countrywide. Charles was clearly passionate about the science of fruit growing, and wrote an article on hardy fruit culture in 1895 in which he talked about eleven years of problems, ranging from insect attack to too much rain or not enough and the possible solutions for the future.
Charles left Glewstone Court in 1898, leaving a legacy of magnificent fruit plantations that were the envy of fruit growers everywhere.
Lt. Col Lawrence Corban with his wife Myra Mary Frances Barrow were the next inhabitants , although in 1901 they were away from the Court and just the household staff were left behind:

In 1918 the Court was sold to Mr. G. Jackson of Birmingham
1922 Glewstone Court sold once again.

By 1928 Sir Percy Densham was in residence – he was chairman and head of H. Densham & Son Ltd., Tanners of Redcross Street, Bristol and was an active leader in the tanning industry. He was a director of British Tanners Ltd, London; P & S Evans & Co. Ltd., Bristol, Bristol Manufacturers Ltd., Pierpoint & Bryant, Warrington, and the Mimosa Bark Association, London. Just before his death aged 67 in November 1933 he had been devoting much time to William Mortimer & Co. Ltd., the Orford Tannery Warrington of which he was chairman.
During the war he was awarded the KBE for his valuable knowledge of the tanning industry, and was also give an oil painting of himself by the War Office.
1936 – W. W. Bailey living at the Court – a noted shot and salmon fisherman who regularly rode with the Ledbury Hunt, and who successfully owned, trained and ran racehorses. In 1936 he won the National Hunt Steeplechase at Cheltenham on his horse Pukka Belle. Only six out of 21 completed the course 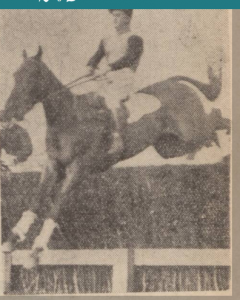 1939 – WF Jackson in residence – labour MP and also on the Hereford council; after the war was a fruit merchant and enjoyed the extensive fruit plantation at glewstone court