Parts of this church date from the 12th century. The church is now some distance away from the village but it was not always so – those villagers who survived the Black Death in the 14th century moved and rebuilt their homes almost half a mile distant. 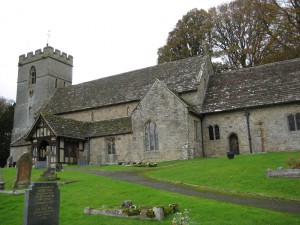