This is the only church dedicated to The Holy Rood in Herefordshire.

The church of the Holy Rood suffered flooding in 1811, after which it was modified and then further restored in the late 19th century. 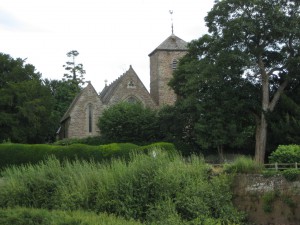 In 1864  a wonderful new organ was installed – it was a testament to the esteem in which the Rector at the time was held;  only a few months earlier he had expressed a vague wish that the church should have a new organ, and immediately the necessary funds came pouring in.

It was made by Bevington and Son of London, and was judged to have an excellent tone.