This lovely little church is actually the third to be built on the site, and sits within yards of Canon Frome Court, the family home of the Hoptons for nearly four hundred years. During January in 1934, Canon Frome Church was badly damaged by fire one Saturday night.  Although the Ledbury and Hereford Fire brigades arrived promptly and used water from the lake in the grounds of the nearby Court, the chancel was gutted and the altar, organ, memorial tablets and the valuable stained glass windows were destroyed.

The tower and the chapel were saved by the firemen, as was Canon Frome Court which was a few yards away, and the church was rebuilt in 1860. The current organ in the church of St. James replaced that given by Colonel John Hopton in memory of his mother.
This brass plaque has been saved and reads: “To the Glory of God and in loving memory of Fanny Hunt who passed away 18th October 1903. This organ is dedicated by her son John Hopton.
The added Salicional (an organ stop with a soft reedy tone), was given by Sybil Hopton in memory of her husband who died lst June 1934. 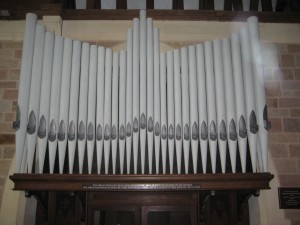 In most loving remembrance of Sybil Maude Hopton of Canon Frome Court, widow of Colonel John Hopton. Died at Cannes July 3rd 1940. The souls of the righteous are in the hands of God. 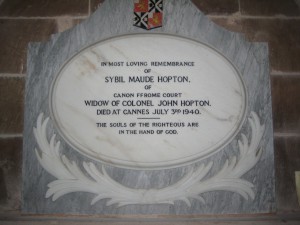 All these memorials are, unusually, very clear and easy to read. 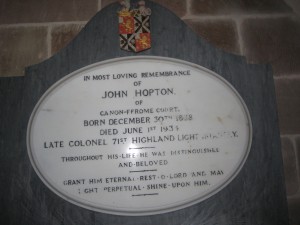 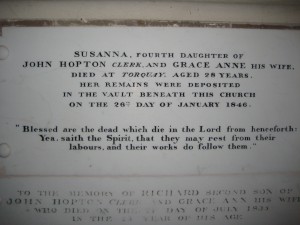 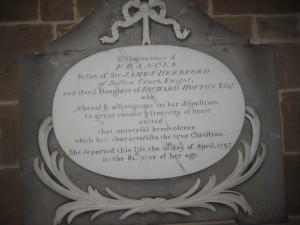 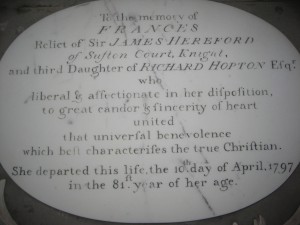 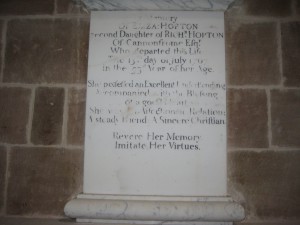 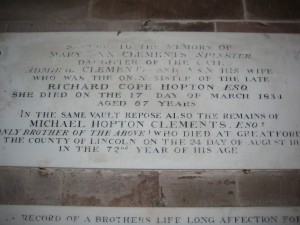 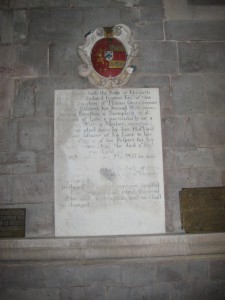 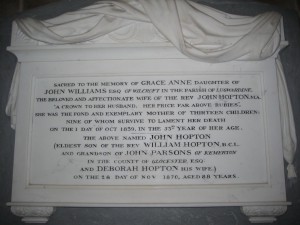